Only a few people know the indescribable feeling of seeing a leopard in the wild. Well……. seeing them mating is the ultimate for any leopard lover.

We have been so fortunate to see two leopards mating at one of the pans close to our lodge. They even allowed us to view them for as long as half an hour. Definitely one of the highlights of my guiding career as these guys are very elusive and secretive animals. 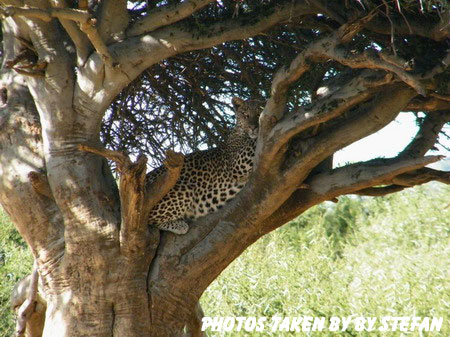 The area around our lodge has been very active the last few months. All of the big five have made their appearance at the waterhole, and some even a couple of times. Especially elephants have been making their appearance almost daily.
We even had a few kills right by the lodge. Two young lions called the Etali youngsters killed a blue Wildebeest right by our main access and stayed in the area for a few days feeding. They are also becoming better and better hunters. Not too long ago they killed a young giraffe, which is quite an achievement for two lions of their age. Also my favorite the two Sereti males made a Buffalo kill also not too far from the Lodge. These two brothers, a territorial coalition in the North West is growing up and starting to look like real big males as their manes are getting bigger and darker each day. 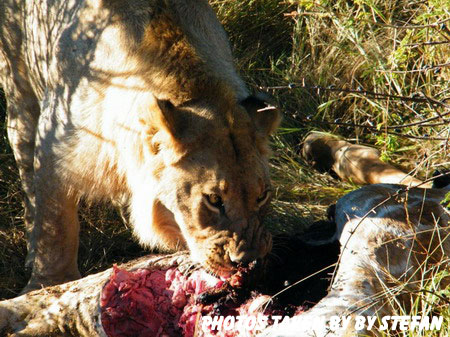 The buffalo in Madikwe has always been known as the ghosts of Madikwe amongst the Guides because you only got to see them at night and they are most likely running away and disappearing quickly. Nowadays they have become a lot more relaxed and allowing us better sightings of them even in daytime. One of the areas where they have been seen often at day time is just north of our lodge and we have found them there many times. I recall an event of a few weeks ago where they where just here in front of the lodge and we watched a lioness and four young lions trying to catch one of them. The young lions being inexperienced hunters did not achive any success and there were a few close calls where they nearly got scooped by those big horns as they where chased away from the young buffalos.

Another memorable event was one morning when one of the loner buffalo bulls, known as ”dagga boys” by the rangers, passed right in front of our vehicle and made everyone hold their breaths for a few seconds until he moved off. 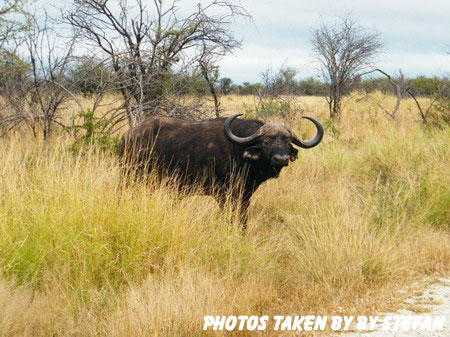 There is also a territorial coalition of lions in the South Western corner of the park. These are two big males and sometimes have three females around with them.

As the south is fairly quiet ,these lions are your main reason for driving to the south. We have been blessed with some good sightings of them down there and were even lucky enough to see them on a few kills. 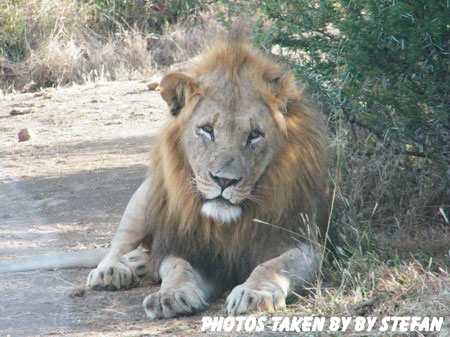 Our wild dogs are also doing very well, and as there are two packs in the Reserve now I am happy to say that the smaller pack known as the Breakaway pack is about to have a few new additions to their group.  I cant wait to go see them, and I’m sure neither can you. 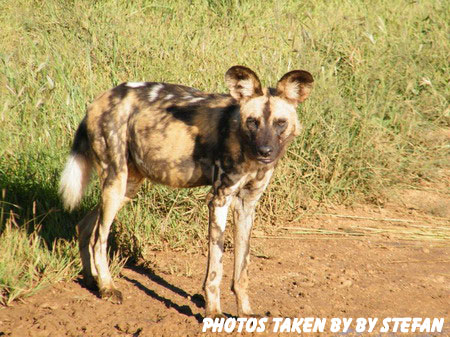 Speaking of new additions, the lioness called the Etali female has had another litter of cubs. She is the mother of the previous two young lions I mentioned. These four new bundles of joy have became quite relaxed with vehicle presence now and we saw them a few times with their mother and the two Sereti males eating on a elephant carcass in the area. Though these guys did eat a bit of meat with their mom, they particularly enjoyed climbing to the top of the carcass and playng around there. Yet another great sighting. 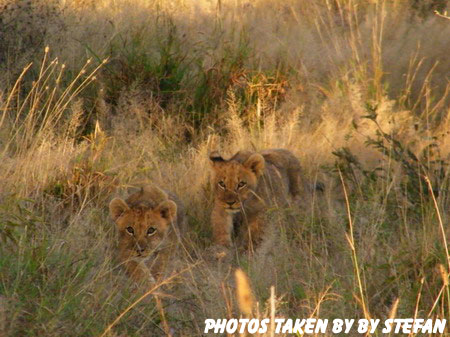 As known by everyone that has visited our Reserve before, the sunsets over Madikwe is absolutely beautiful, thus allowing us with the perfect setting for many unforgettable sundowners. 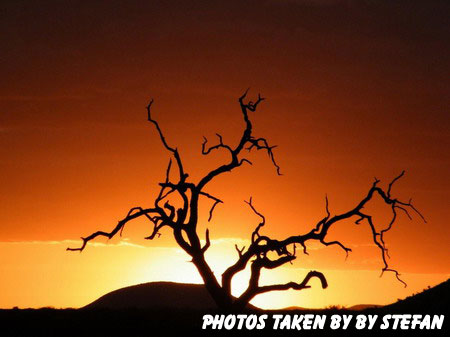 Time for me to go see yet another one of those, and I hope you join me soon and also experience some more of natures beauty.