The past few months in Madikwe have been quite exciting, to say the least, we have been very blessed with the sightings in the park, with many of our guests leaving with having seen the magnificent seven as well as various other exciting sightings!

One of the most memorable cheetah sightings, we were heading to the area where they had last been seen. With the help of two rangers from other lodges- we found fresh tracks, left the vehicle and set out on foot into the bush where the tracks had lead us to where the cheetah were located. VERY EXCITING! After finding them we hopped back into our vehicles and drove to show the guests what we had found. The cheetah decided to put on a show and climbed onto a termite mound and posed for some spectacular photo opportunities. 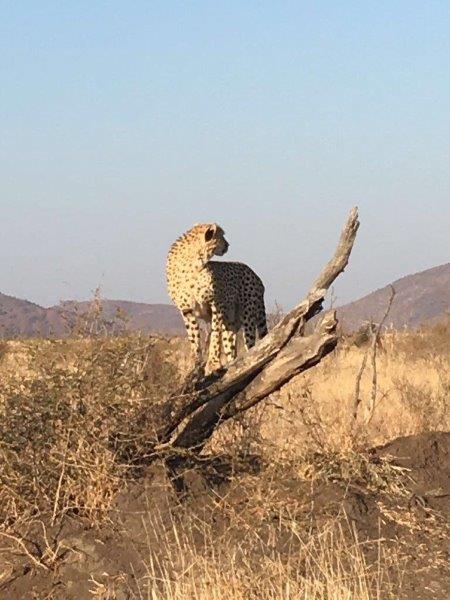 One rare sighting we’ve had was a few white backed vultures sitting in a tree- hopefully scoping out some potential food. We took this opportunity to follow where the vultures were hanging around and we were right! They lead us to a hollowed out buffalo carcass that had been killed and eaten by lions, unfortunately by the time we got there the lions had already moved off- leaving only the bare minimum for the ‘scavengers’ to pick off. When we arrived at the buffalo carcass we were surprised to see a large ‘murder’ of crows and a lone black backed jackal- which is also always a treat to see. 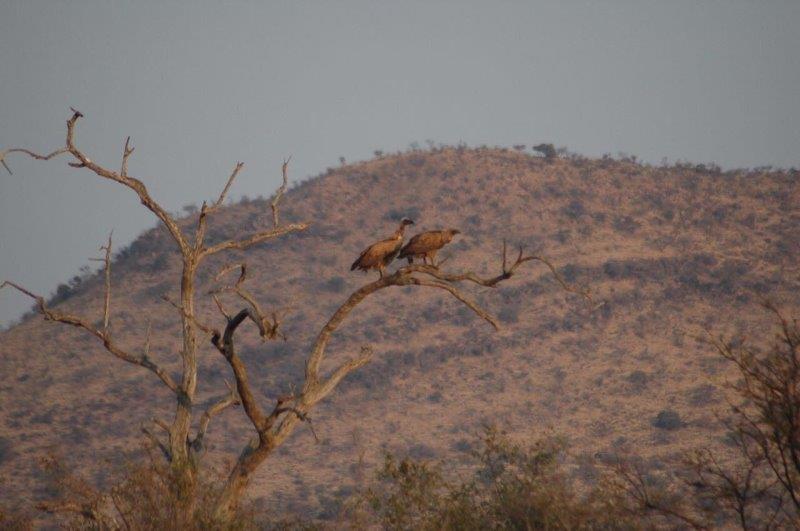 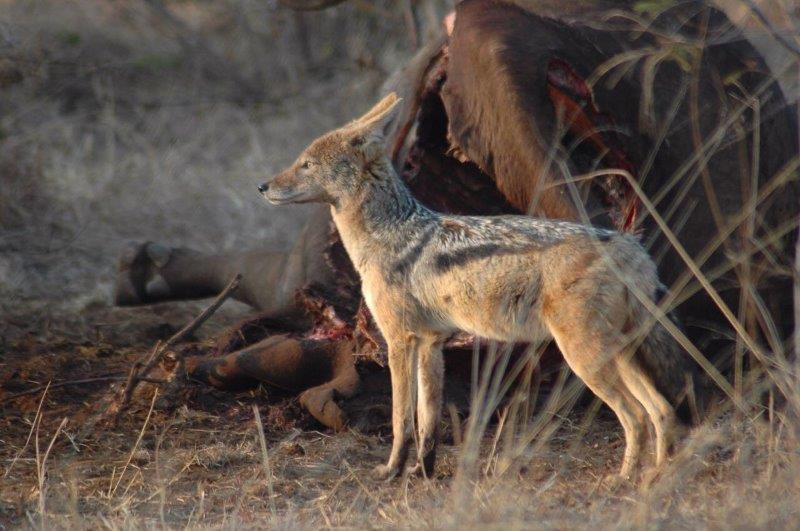 The leopards have also been spotted, although, also very rare to see- our guests where desperate to see one. We found some tracks very close to the lodge, but shortly realised that they were Spooko’s tracks. Knowing how elusive Spooko is (Spooko means ghost) and how rarely he gets spotted- we slowly became disheartened as the reality of seeing him was zero to none, before all hope was lost- we received a radio call from another ranger (whom we work closely with) telling us he had spotted tracks from Munye. Our hopes of seeing a leopard became promising! Off we went to track down Munye- and we found him. Yet another amazing morning in Madikwe! 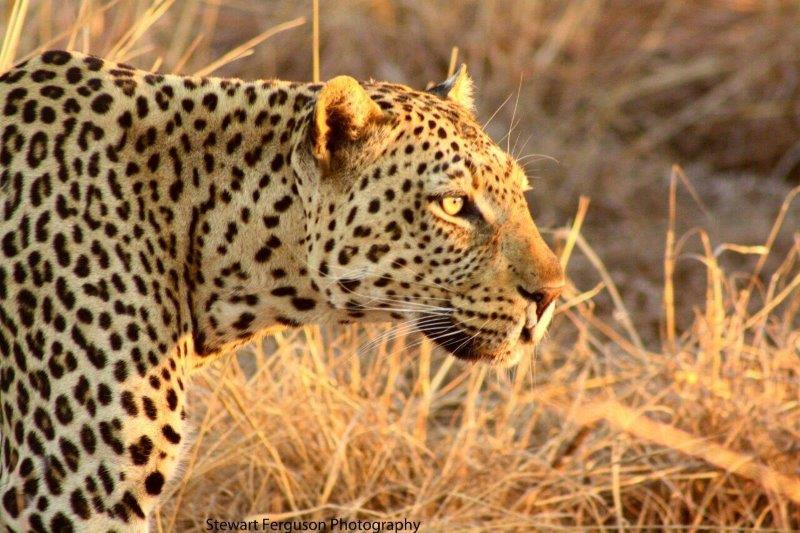 Some other amazing sightings have been of our resident lions and their cubs on a kill and filling their bellies and of the wild dogs- one of the sightings was completely unexpected as we drove out the lodge gate and had a wonderful sighting of buffaloes, when the wild dogs popped out and put on an amazing show for our guests to enjoy. 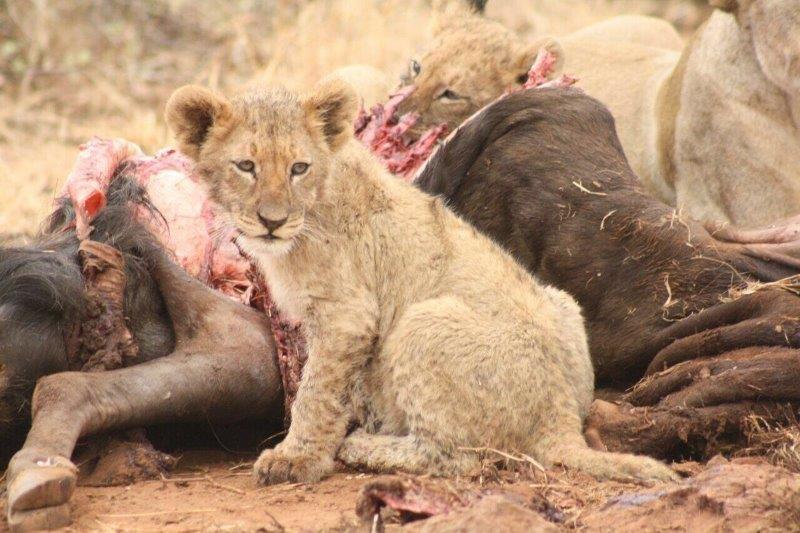 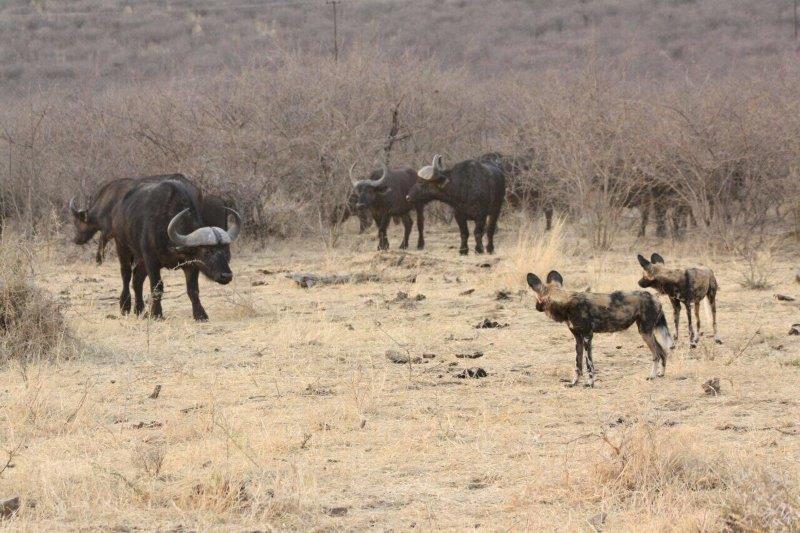 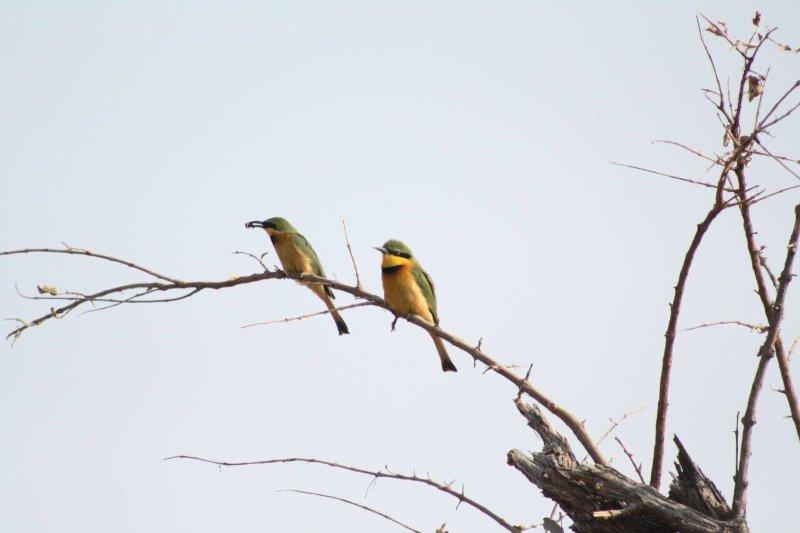 One thing we can all agree on is that South African sunsets are almost impossible to beat and they come as a heart-warming reminder that the end of something can also be beautiful. Although we can never guarantee sightings of all the animals in the reserve, we are extremely fortunate to work in a reserve that has so much to offer! 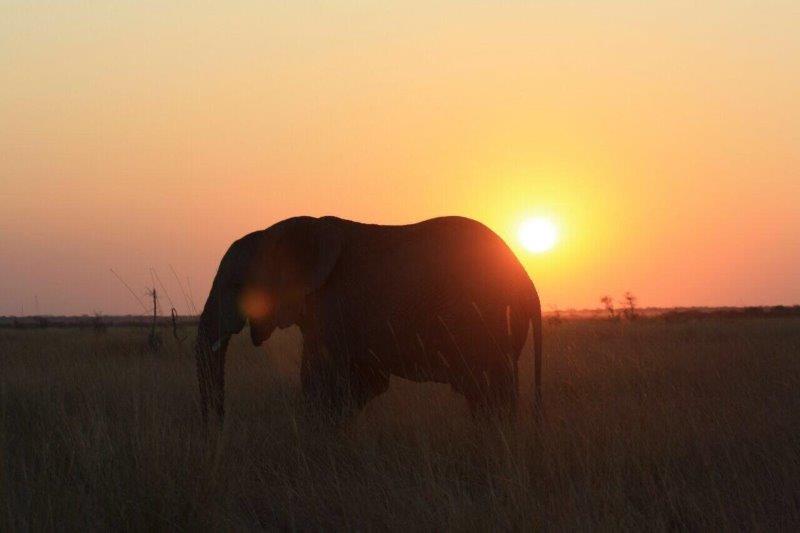