As we move into spring we also move into baby season. Some of the animals have got their babies already as they don't have a fixed birthing season. The baby hyenas, in particular, have stolen the hearts of most. 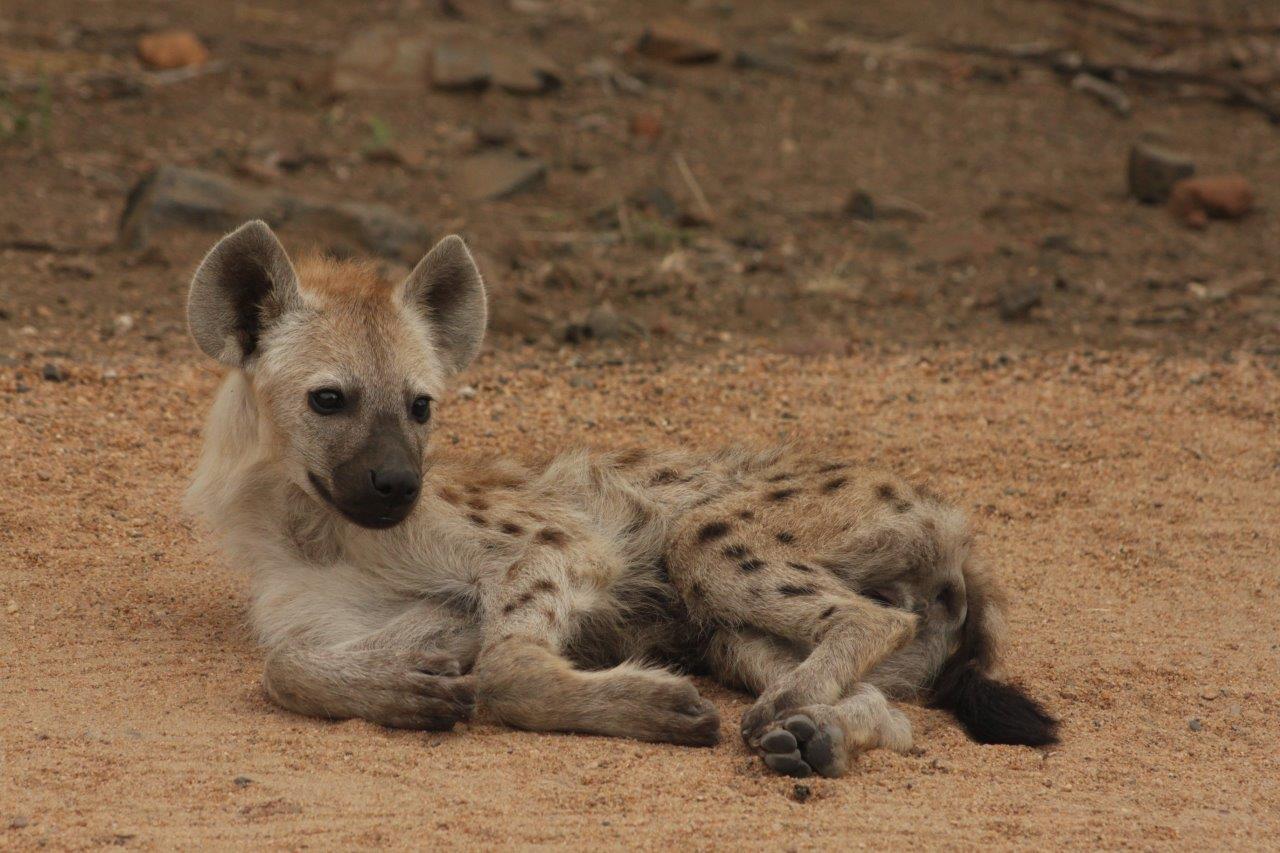 With two different generations of cubs, it always makes the sighting that much better as they play and learn. As the cubs grow so does their curiosity and the urge to explore. The older cubs lead moving further and further away as they explore their surroundings under the watchful eye of mom and as they do the smaller pups want to join but are just not yet confident enough. Babies always make for better sightings as they are always doing something. Whether it be sleeping, exploring, suckling or playing and it is almost always playing time making for some great photo opportunities. 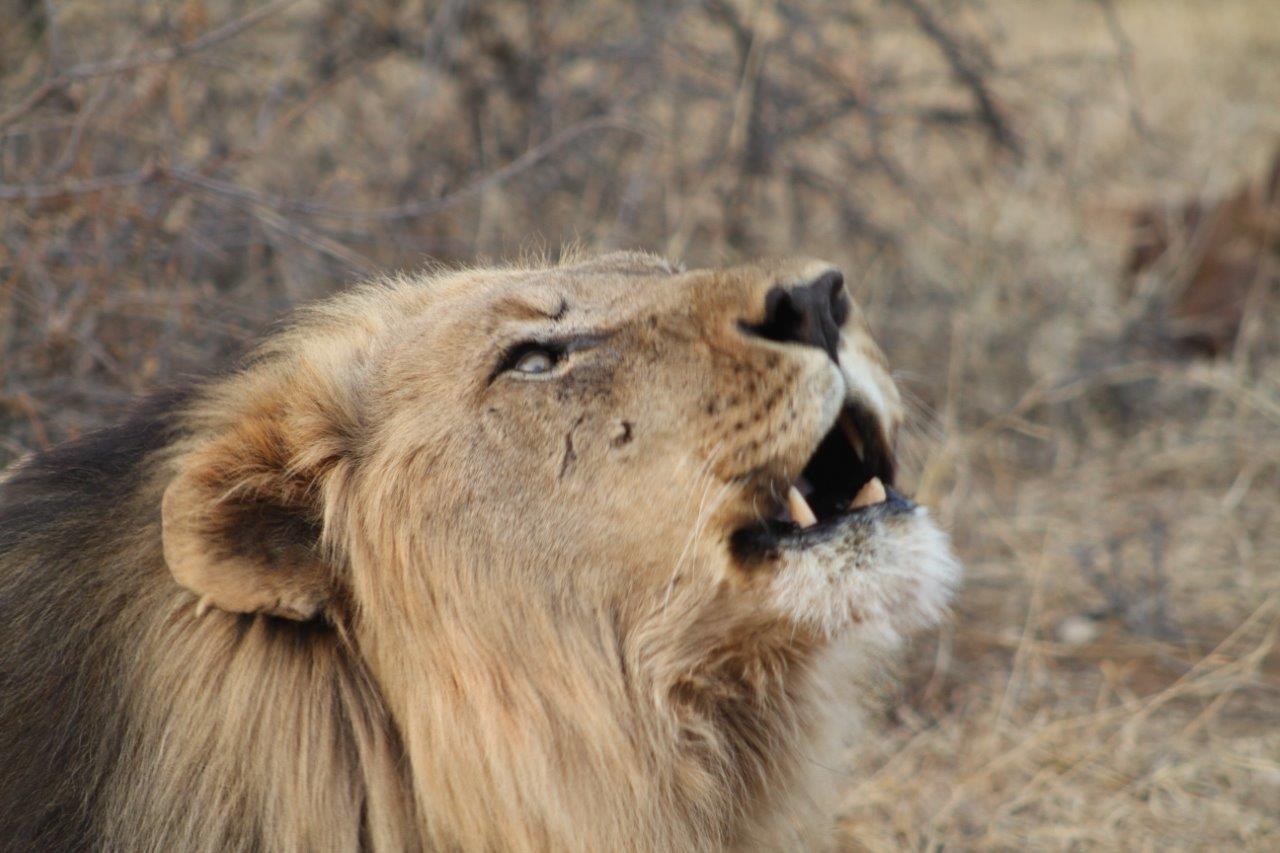 The lion's roar is probably one of the most iconic sounds of the bush. We have been lucky enough to hear them up close frequently and few things can compare to being up close and personal with a lion and hearing its roar! Whether sitting at the lodge having dinner or on safari, the roar is always enough to get the excitement going and to know that you are now in the African bush. Roaring can also be a very good way to find lions in the bush as they are displaying where they are and as you track them down it just makes the sighting that much better knowing your hard work has paid off and increases the excitement during the entire experience. 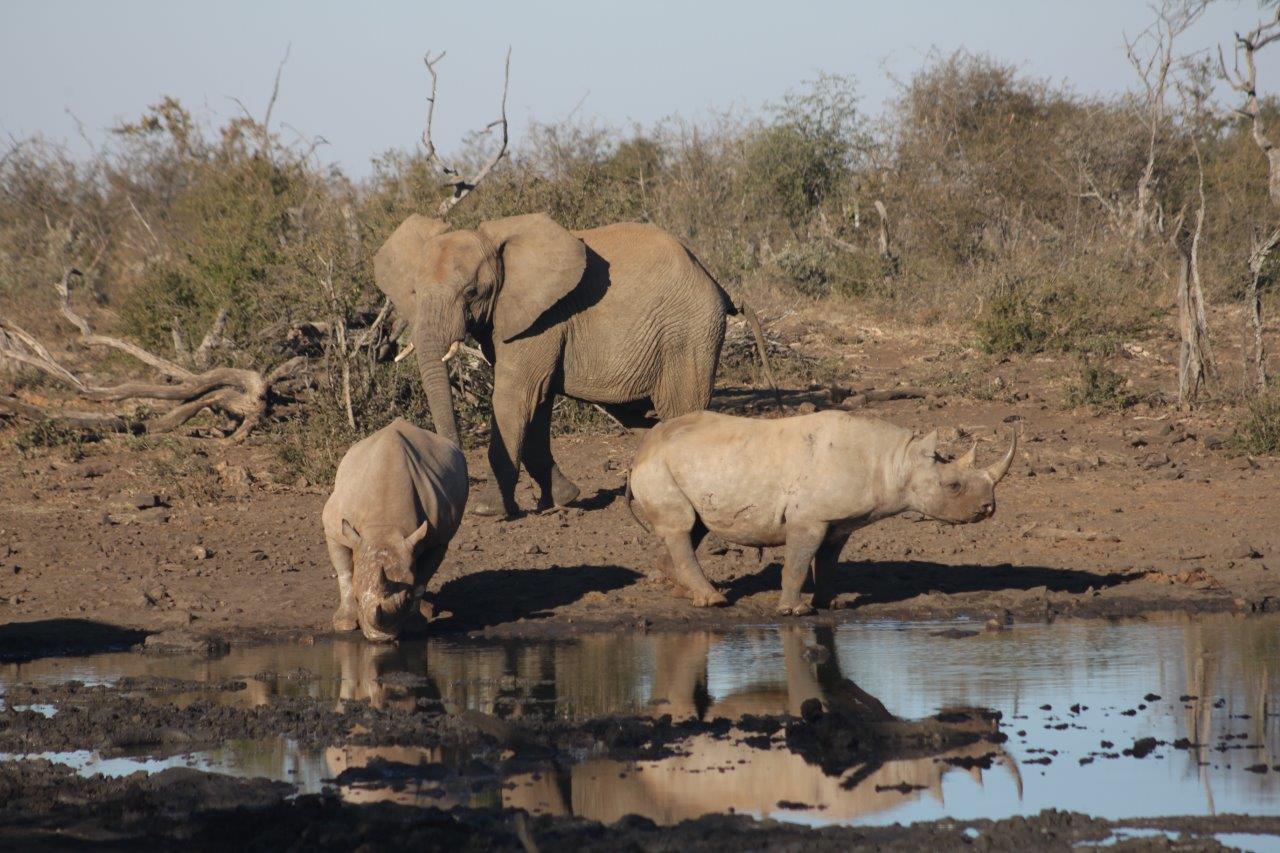 As we approach the end of the dry season we are desperately waiting for rain. The dry season has not been easy for the wildlife and as the water dries, tempers flare with elephants dominating over what little water is left. The other animals can only patiently wait for them to finish up. Most of the time it is the younger elephants chasing other animals away since they can be quite intimidating. Some animals, however, hold their ground and even chase the elephants back causing some to lose their confidence and hide by mom. Black rhinos will often hold their own in these sort of situations, but they should still be wary of the adults if they decided to get involved. With the bush as dry as it is, predators often use water sources as points of ambush. Therefore, it is also a good time to park yourself off at the water source and patiently wait for what comes down and enjoy the show. You never know what you will see. 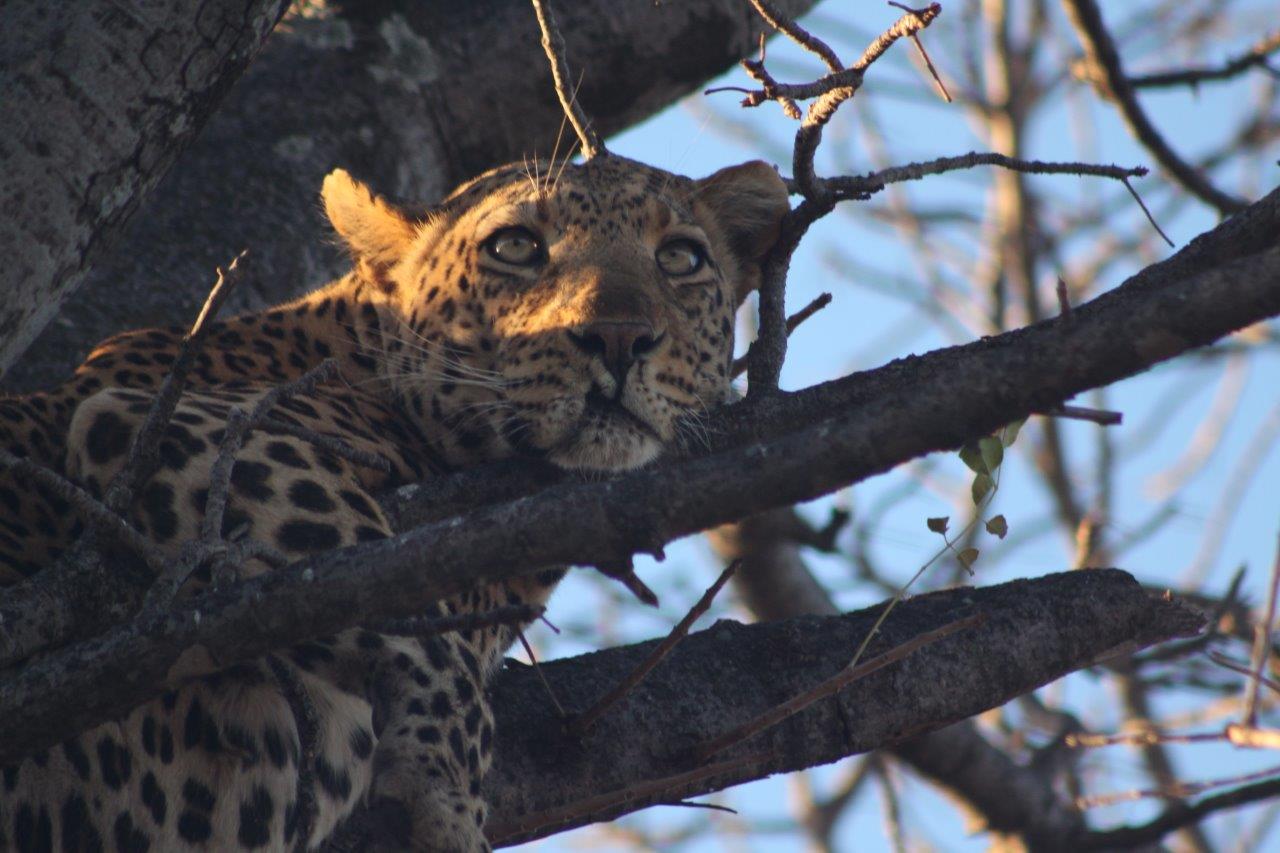 We have been quite lucky recently with our resident leopard who never fails to give us spectacular sightings. Whether it is being chased up a tree by lions, hunting or lazing around it is always exciting to see him. He is one of the very few leopards that are habituated to vehicles so he is very relaxed and comfortable with the presence of one. There has also been a rise in activity in the area of a female, which makes things difficult as she will normally flee from a vehicle and if she does he will unfortunately follow. Nevertheless, even a glimpse of these beautiful cats is worth the effort. 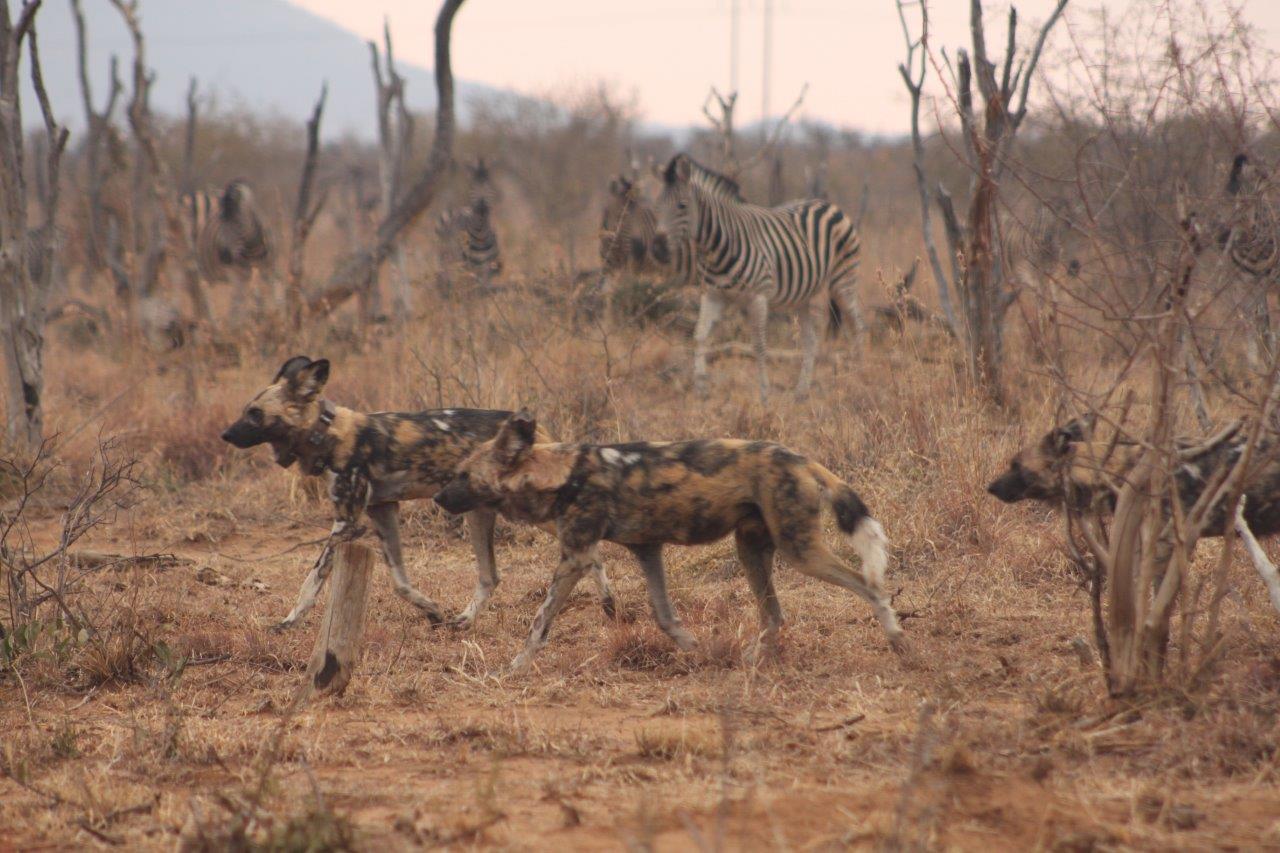 A lot has happened recently with our wild dog population with a new pack still being introduced into the reserve. As quickly as they can appear they disappear often getting glimpses of them as they move through the bush. Whether it is hunting or playing, the dogs are always doing something, especially now that they have puppies. The pack has just recently left their den sight so if you are one of the lucky few to see them you could also potentially see the little ones as they follow the pack and learn to hunt. The second pack being introduced will still be in the release boma for a little while longer so when they are released it can at least up the chance of seeing them as they explore the reserve and establish their territory.

Looking forward to seeing you soon,